My significant other asked me tonight if I want to watch Dr. Who. I said yes, then I quickly said no. I have such a hard time with Dr. Who. I’m scared I won’t LOVE it, obsess over it, want to make it my life partner, etc. . .like so many of my friends do.

I mean, what if I don’t like it? *looks around* I hope no one heard me write that. What if I do like it but don’t want to marathon the seasons from 1964 – 2014 (or whatever the hell years it was on) and therefore will be called a “poser” by all the “Whovians” that are in the know?! Therefore, I just……….don’t watch it. Every time I get an itch to see what it is that has got everybody so worked up I start to have a panic attack. 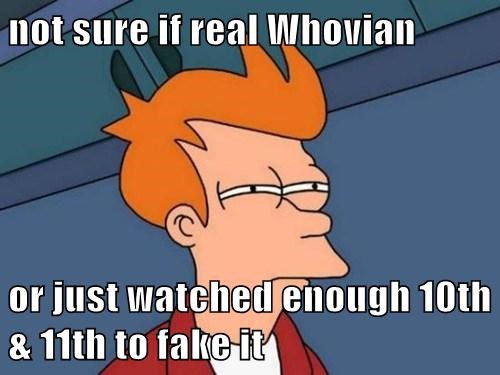 They will look at me like this and I will start to sweat and eventually confess to stealing the apple from that fruit vendor when I was 7. . .

(side note) I just wanted to see if the fruit vendor guy would catch me. I didn’t really want the apple. He didn’t catch me. Then I was stuck with the it because I couldn’t take it back. I felt to guilty to eat it. So I walked around all day with that damn apple not knowing what to do. The oppressive guilt weighing me down like a heavy yolk upon my neck. . . .

JUST KIDDING! I laid it down on the table by his booth. I’m sure he saw it a few minutes later.

OK, back to my story:
OR WORSE, what if I DO become as fanatical about Dr. Who as so many others are? I don’t have time for that shit!! I got stuff to do! When would I fit in all that episode watching? It would take me FOREVER to catch up at this point! We are talking decades of Dr. Who seasons. I would have to quit my job and find one of those chairs that allows you to poo and watch T.V. at the same time. 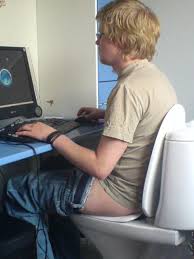 So, for now I shall stick with Walking Dead and Vikings. Have I mentioned that I like the show Vikings. . . because I fucking like that show and if you are interested in watching it, go ahead! It’s on Netflix and there are only TWO freaking seasons! What is that. . .a weekend? NOW THAT is totally doable!!